Arbitrations: What Are They? 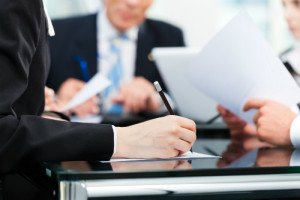 Besides being easily confused with a deposition because the words are so similar, an arbitration is a mystery to many people who may be getting involved in the litigation process.  Everyone knows what trials look like because they’re shown – often in an unrealistic light – in hundreds of movies and TV shows.  Depositions are also familiar – think of the scenes in The Social Network where attorneys and witnesses are in a conference room trading witty barbs.

But what is an arbitration?  One answer is that it’s similar to both a trial and a deposition.  An arbitration’s purpose is the same as a trial’s; it’s a forum for the parties to present their cases and to have a neutral party decide the dispute according to the law.  An arbitration resembles a deposition because both are usually conducted in one of the attorney’s conference room – not a court room – and because the process is usually far less formal than a trial.

Arbitrations have several advantages over going to trial and a few potential drawbacks.  One big advantage is that an arbitration is less formal so it moves much faster than a trial.  Often, the same case that could be arbitrated in an afternoon would take two or three days to try, largely because choosing and instructing a jury at trial takes a lot of time.  Another advantage of an arbitration is flexibility; the parties can usually schedule and re-schedule arbitration hearings to accommodate their needs while the Court often tells the parties when a trial will occur.  Probably the main advantage of a trial is that juries are true outsiders to the legal process and they usually do an excellent job of giving just results, while an arbitration is run and decided exclusively by lawyers.